It's Almost The Weekend & I've Been Working Hard Lately & I'm Not Sure What That Has To Do With The Following Photos So If You Can Figure It Out, Please Let Me Know In The Comments. I Am Thanking You In Advance

Here is a photo of the almost completed, clearly overbuilt, chicken nest boxes.  I kind of dig the fluorescent red paint on the ends of the unit.  Don't you like it too? 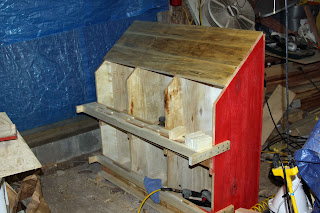 This is what we hope it looks like once the nest box is installed. 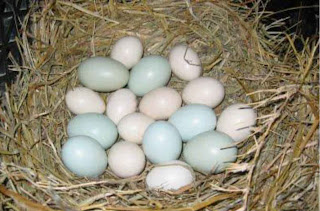 Here's how I hope the resident hens take to their new digs.  Sisterly love, maybe.  Or possibly something else. 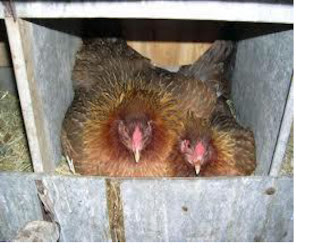 They'll be so happy that there will be dancing chickens or possibly
The Dancing Chicken anyway.
I should I recognize the song Do the Funky Chicken by Rufus Thomas, Jr., (March 27, 1917 – December 15, 2001) 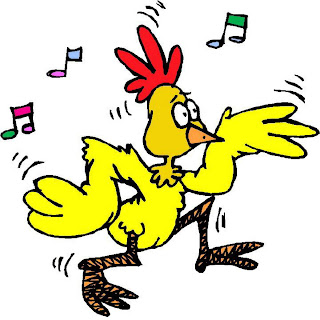 OK, OK here is the video you have all been waiting for all of your lives. Have fun & dance.


Of course, with the addition of the high end, over built nest boxes, I would expect the chickens to be able to have more time to philosophize, rather than search out places to lay an egg.   I mean, we've had eggs in one old bee box filled with straw, back in a corner beneath the roost, in the hanging metal feeder, randomly on the floor of the hen house, & out in the pen, just lying around.
1.
He looks kinda hot with that cigarette. 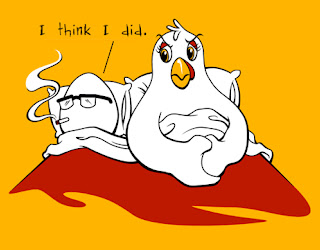 2.
I remember this as a Weekly Reader joke that my daughter would tell us at least once a day & we were clearly expected to laugh at  every recitation of the joke.  I have no fond memories of The Weekly Reader either as a child or as an adult.  She was, however, very, very cute when she told the joke over & over. 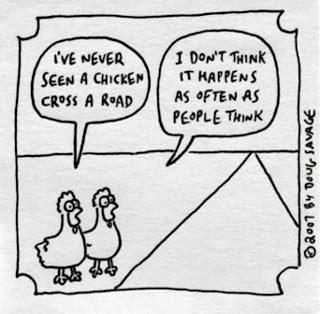 OK, enough with the chickens.  Onward to once of many retirement projects.  It looks as if I better get to it prior to retirement, however, since it seems bound & determined to become a planted planter.  I always wanted a Land Cruiser, but, as usual, I got it a little later than I should have.  Now both the Cruiser & myself need a lot of reconstruction.
1.
I told you is was planting itself. 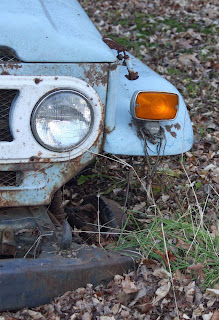 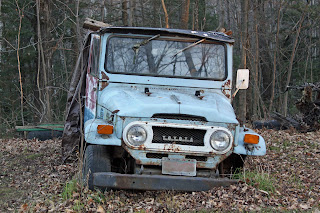 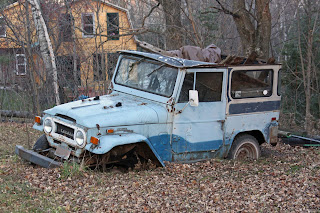 & now for something completely different.
1.
Tonight's moon.  I cropped this photo & you can see some of the craters on the moon. Imagine how much closer in would be using a long lens, have I mentioned before that I am coveting a Sigma 150-500 lens?  Well, now you've heard/seen me mention it. 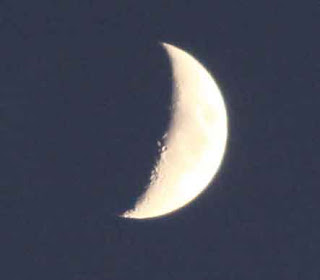 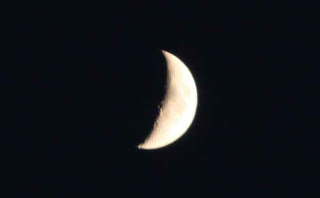 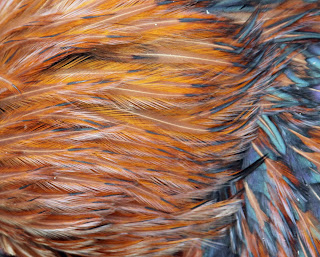 *This chicken is dead.  Cause unknown. I believe he was killed by a couple of other very dominant, violent roosters.  Mrs. coldH2Owi feels this chicken was acting in a sickly manner & just keeled over from natural causes.

If you look hard or Click-it-to-big-it, you will spot a partridge  in a flowering crab apple tree. I know it's a dark image, but I sort of like it, maybe as a counterbalance to that awful xmas song. 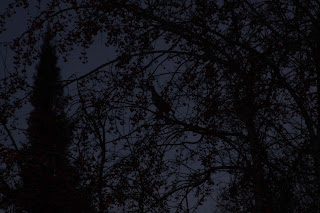 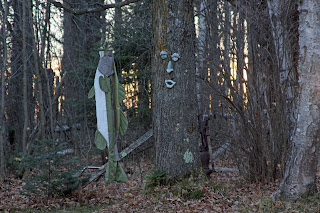 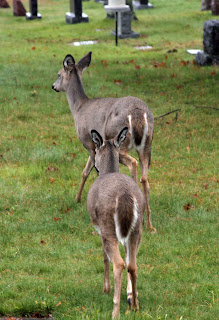 This is apparently the most important pile of wood, etc., in the entire world, universe probably.  It's way important, really important, so important that..., we'll leave it to your imagination.
1. 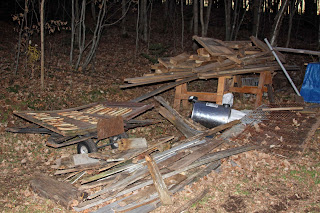 2.
More of the same extremely important pile of stuff. 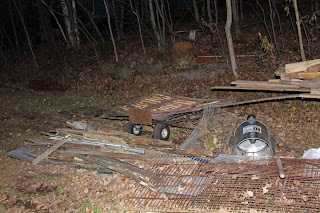 As always, click 'em to big 'em
Especially the moon shots.  You'll see craters. Man, once I get the long lens I deserve, you will be seeing some truly educational moon shots.
Posted by coldH2Owi at 7:53 PM 1 comment:

One of the great benefits of being married to the saintly Mrs. coldH20wi is the added benefit of her brother.  To whit: 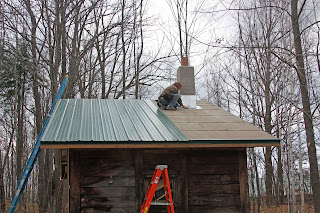 Two of the prettiest Gordon Setters in Wisco, Jolie & CoCo. 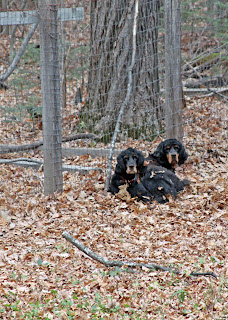 The newest addition to my collection of printing presses.  Let's hope this one actually gets used.  It's nice & compact, relatively speaking, & I'm excited about getting it up & running. 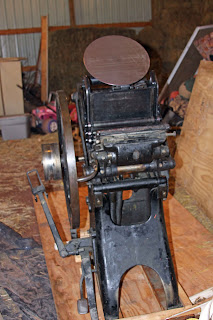 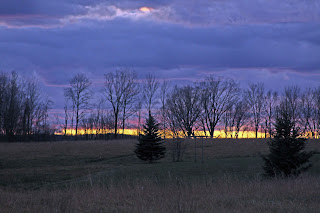 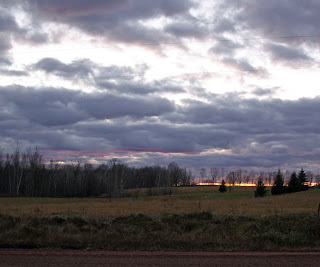 This is the first snow I've seen this year.  We didn't have any that stayed on the ground here, but a few miles south, yes south, this is what it looked like.  Today we're supposed to get near 60 degrees F again.  Go figure. 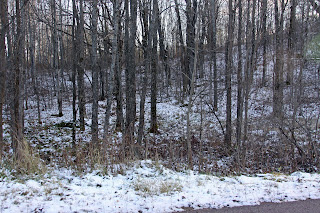 The Daily Doe.
I can't wait to get the long lens that I covet. 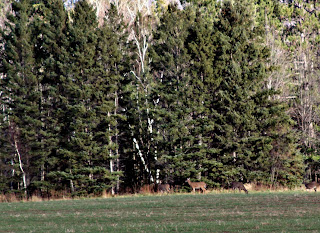