The Babies had their first big-time surgery experience this last Monday. They had some issues with their teeth & had some oral surgery done. It was serious enough that they had to be put completely under. They were both very brave about it, no crying or wringing the heads of the lovies they took in with them. Marigny, ever the drama queen, took an extremely large lovey, a very big toucan. They helped a lot.
Pre-surgery reflections in the aquarium that was in the play/waiting room at the hospital. 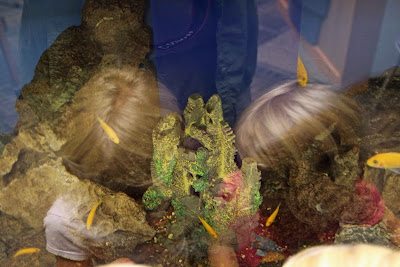 Checking out the fish in the aquarium. 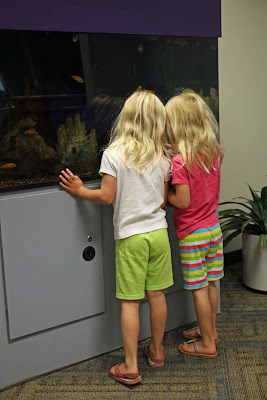 Marigny with toucan, after waking up from surgery. 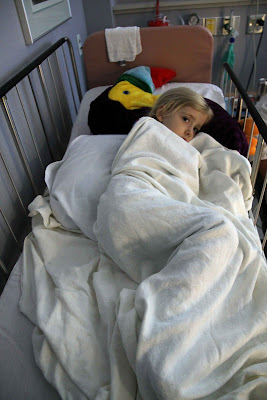 Lucy, after waking up, sat up & demanded the popsicle she was promised. 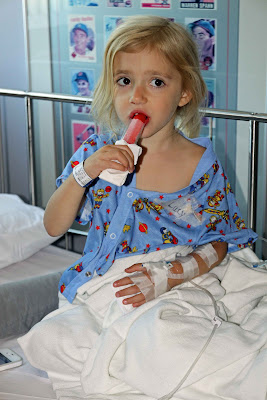 Lucy's big lip afterward.  As my mother used to say, you could hang a lot of wash on that lip. 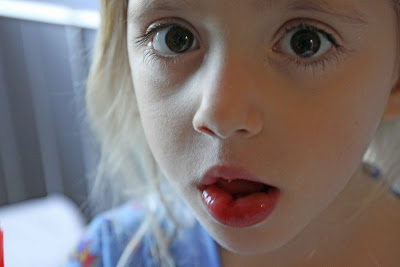 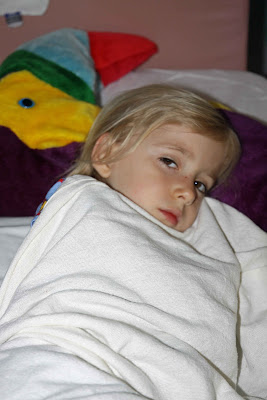 Recovering at home on the couch & sometimes with Tchoupitoulas.
Lucy 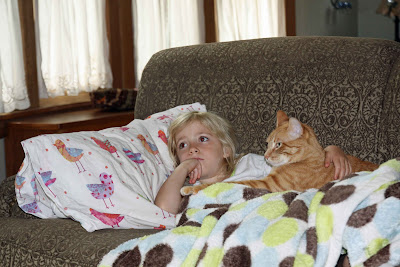 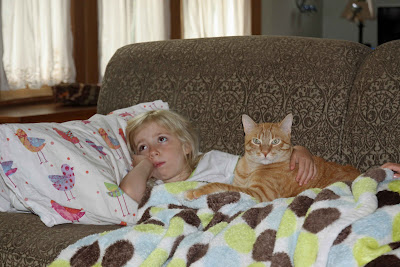 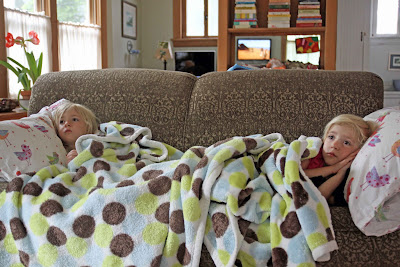 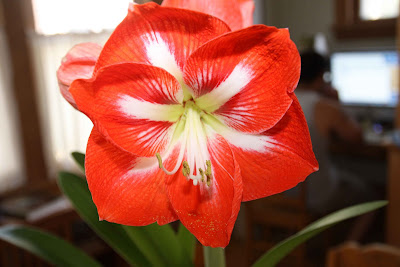 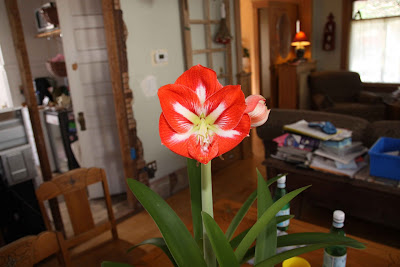 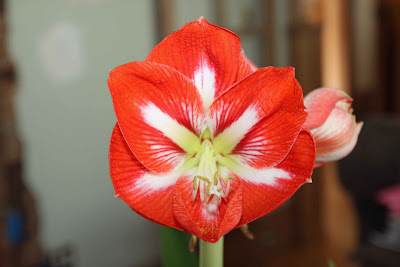 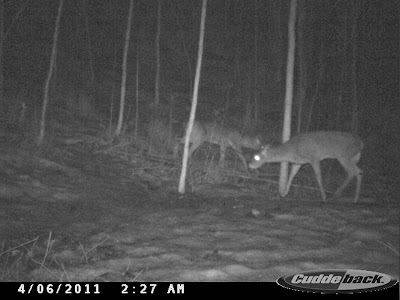 Bonus, if it works.
Notice the wild turkey in the background?
Click 'em to big 'em.  In other words you can click on any of the photos & they will appear in another window & they will be larger.  You may also then click that image to make it larger.
Posted by coldH2Owi at 11:35 PM 1 comment: